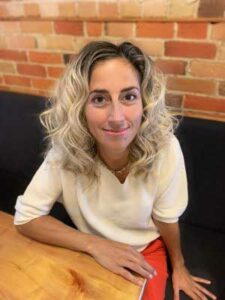 Want To Know The Difference Between The Two?

Prior to March 2012, if you needed to erase your criminal record, you would prepare and submit an application for a pardon from the Parole Board of Canada.

Your record was then sealed pending review and approval by the Board.

Then you were able to move forward with employment and travel like any other law-abiding citizen.

However, many legislative changes have happened over the past 10 years.

They extended the waiting periods for offences committed on or after March 2012.

If you need to erase your criminal record, we first need to evaluate which legislation you fall under.

This will determine if you whether you will be approved for a Pardon or for a Record Suspension.

What is a Record Suspension?

A record suspension allows people who were convicted of a criminal offence, who have completed their sentence, and who have demonstrated that they are law-abiding citizens to have their criminal record kept separate and apart from other criminal records.

Your record will not appear in the Canadian Police Information Centre (CPIC) database if someone does a criminal record check on you.

It will not disclose your criminal record nor will it show that you received a record suspension.

After the significant changes to the legislation between 2010-2012, the Bill resulted in many changes to operations of the pardon program.

These included additional inquiries and more exhaustive investigations. In short, the process has become more complicated.

Getting the right advice and guidance along the way can make all the difference in a successful application.

In order to apply for a record suspension, you must meet the following criteria:

In addition to the above criteria, you must have satisfied all sentences including fines, restitution, probation and jail.

You will be required to provide proof of all payments and the process to become eligible for a record suspension does not begin until the above conditions are met.

Getting a record suspension is a process that requires experience and vast knowledge to avoid delays or worse a denial.

Don’t let the requirements and changes deter you.

It’s worth the time and effort to have your criminal record sealed so you can move on with your life.

Our team will help you at every step along the way and make the best decision for your particular case.

We also provide ongoing support even after you’ve received your record suspension.

Send us a message and let’s get started TODAY!

We'll simplify the process and ensure you submit the most accurate application possible.
GET HELP WITH A CANADIAN PARDON

We'll help you so that being turned away from the American border is a thing of the past.
GET HELP WITH A U.S. ENTRY WAIVER

We'll work with you to prepare a strong application and get your freedom to travel into Canada back.
GET HELP WITH ENTERING CANADA

Want To Get Your Life Back?

Getting Started Couldn't Be Easier!

Reach Out To Us

Take a minute to send us a quick form message with some basic contact information.

We’ll get in touch with you right away to set up a consultation call at a time that works for you.

We'll Get To Work!

Once you agree to work with us, we’ll get all of your information and get started on your application.

GET A FREE CONSULT
Menu